Going to the beach? Watch out for poisonous jellyfish.

Residents and visitors around the coast of Dhofar are being warned to stay vigilant for venomous jellyfish while in the sea or walking along the beach.

The jellyfish-like species called the Portuguese Man O’ War (also known as the ‘Man of War’ or ‘Blue Bottle’) have been found in the waters between Al Mughassil Beach in Salalah and Taqah Beach. They can be identified by their transparent blue colour and have (on average) 1.5m long tentacles. Due to its colour, the species is hard to identify in the water. 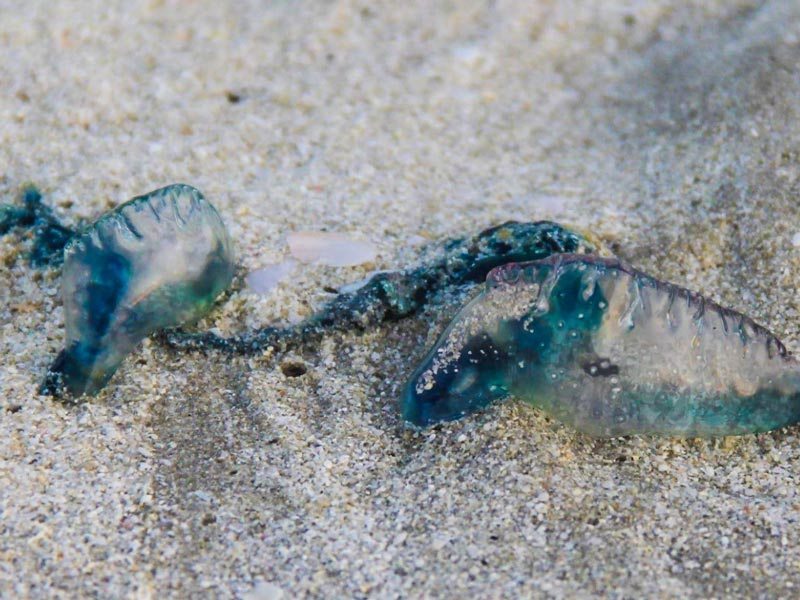 The Fisheries Research Center in the Dhofar Governorate affiliated to the Ministry of Agriculture and Fisheries reported that the spread of this organism was recorded for the first time in the Sultanate.

Reports show that the species  has spread in large numbers, but is less toxic than other species that are spread across Atlantic Ocean. You can find out more here.

Jellyfish can deliver painful and potentially life-threatening stings. Here’s what to do: