Muscat Marathon a Massive Success: A record number of people took to the streets of Seeb this weekend for the biggest ever Al Mouj Muscat Marathon. Over 10,000 registered.  The full marathon was won by Kenya’s Pius Karanja and Astede Habtamu of Ethiopia was first in the women’s race.

Before the event, our Chris Fisher had a message to all participants in this weekend’s Al Mouj Muscat Marathon:

After the event Chris told us he posted his personal best time in the 10K race – knocking 25 minutes off his time last year! 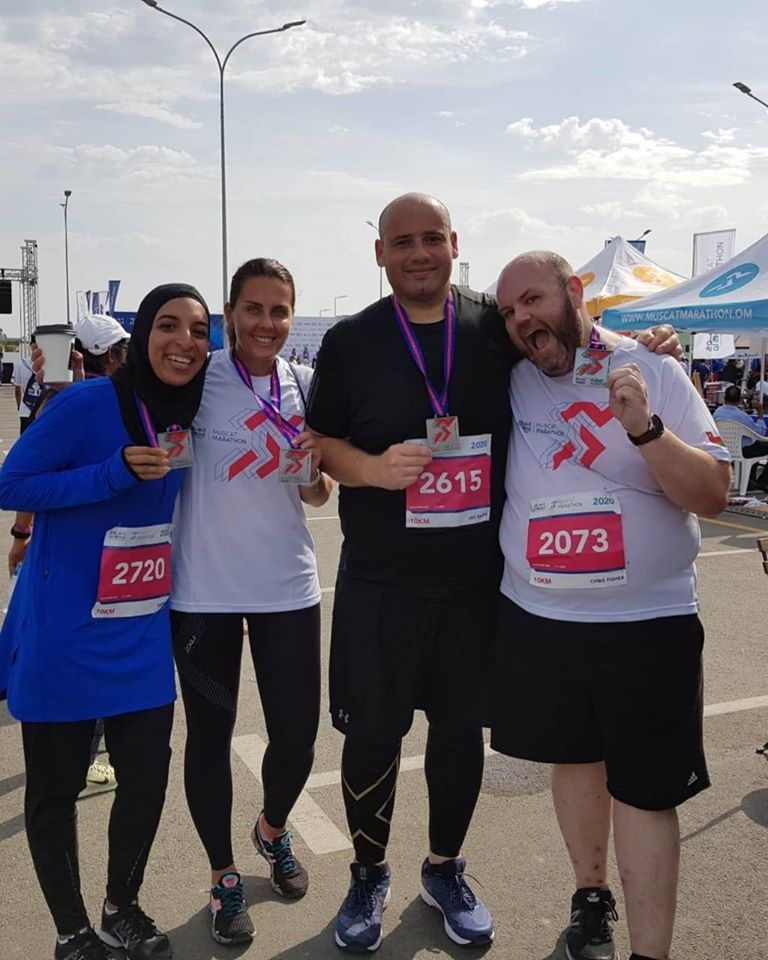 David Graham, CEO of event organiser, Oman Sail, said: “The event has grown rapidly from just 135 people in 2012 to over 8,000 last year. Participation records will once again be broken in 2020 as the race continues to capture the imagination of the public in Oman and runners worldwide. More international athletes are registering each year, choosing to explore Oman as part of their extended marathon experience”.

He added: “We have a weekend-long festival of running planned, with the race village to be a hub for live entertainment for all the family, food and beverages, as well as stands highlighting traditional handicrafts and local businesses.” 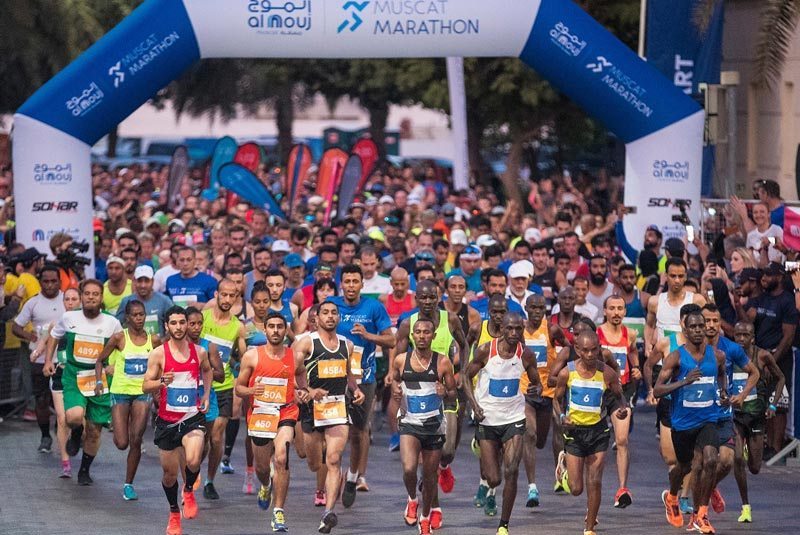 Oman’s leading sports personalities have also pledged their support for the event under the umbrella of ‘Run With Us’ campaign that aims to inspire people to get active and adopt a healthy lifestyle. Captain of the Oman national football team Ali Al Habsi, Oman’s most successful female tennis star Fatma Al Nabhani, Oman’s first Olympic medallist Sultan Al Touqi, Oman’s most successful motor racing driver Ahmad Al Harthi, Oman’s fastest man Barakat Al Harthi, and Olympic sailing hopeful Musab Al Hadi will all be at the event to encourage the runners and inspire the crowds.

Celebrate Oman, a food truck carnival showcasing the Sultanate’s unique and varied food scene, will also be on-site in Al Mouj to cater for all tastes.