UK Foreign Secretary Dominic Raab has arrived in Oman as part of a regional tour aimed at restating the UK’s ties in the Gulf and strengthening relationships between Britain and the GCC nations. 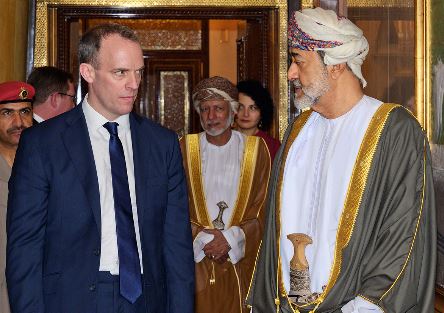 Mr. Raab and his attachés were received at Al Alam Palace by His Majesty Sultan Haitham bin Tariq and fellow dignitaries.

Raab  is expected to head onwards to Saudi Arabia, where trade and G20 discussions will be on the agenda, after spending two days in Oman.