Philippines: A man was shot and about 30 people taken hostage on Monday by a gunman at a mall in the Philippine capital Manila, where armed police and negotiators were trying to end the standoff peacefully, Reuters say. 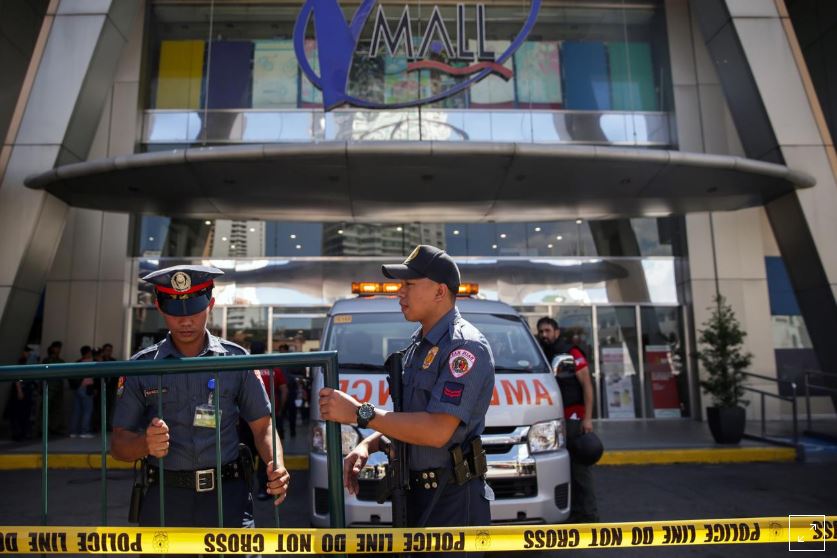 The man entered the administration office of V-Mall in Manila’s San Juan City armed with a pistol and was shouting that he was carrying a grenade, according to mayor Francis Zamora. The man that he shot was stable in hospital, he added.

The gunman, Archie Paray, later gave assurances that the hostages would be released without harm, provided that the authorities did not try to trick him.

He was sacked by the company that provides security for the mall and had tried to get other guards involved in what mayor Zamora said was “some sort of coup d’etat against the mall management”.

A SWAT team was seen entering the four-storey V-Mall as shoppers were evacuated and crowds of media gathered behind a security cordon.

Among Paray’s demands was the opportunity to speak to former colleagues and to media by video call. The negotiators agreed.

Late in the afternoon, a guard held up a smartphone to media during which the gunman panned his camera around the room to show that the hostages were alive. He declined to say how many he was holding.

Zamora told reporters. The shot man was in hospital in a stable, he said.

The gunman was sacked by the company that provides security for the mall and had tried to get other guards involved, Zamora said, adding that he was demanding to speak to his former colleagues by video call.

“He was trying to initially to get the other guards to join him for some sort of coup d’etat against the mall management,” he told news channel ANC.