The 191-km Al Sharqiyah Expressway  will open from the Wilayat of Bidbid to Wilayat Al Kamil Wa Al Wafi on Monday, January 20, The Ministry of Transport has announced. 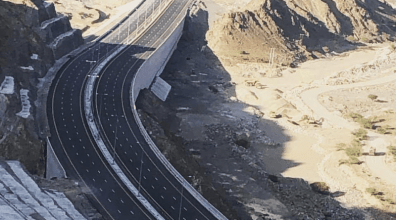 The ministry says the expressway will be open only to light vehicles for a test period of 3 months. Ater that, heavy goods vehicles will be allowed to use the expressway, except those containing petrochemicals and hazardous materials.

The TRA say 90 percent of the Expressway will have mobile coverage.

Most parts of Al Sharqiyah Expressway will be covered by the mobile telecom basic services (voice services) by the end of this month, the Telecommunications Regulatory Authority (TRA) announced on Sunday.