Oman ended the Tri-Series in Nepal unbeaten with a 92-run drubbing of the USA thanks to another dominant partnership between captain Zeeshan Maqsood and vice-captain Aqib Ilyas, who were involved in an unbeaten 216-run partnership for the third wicket in their fourth and final One-Day International match in Kirtipur on Tuesday. 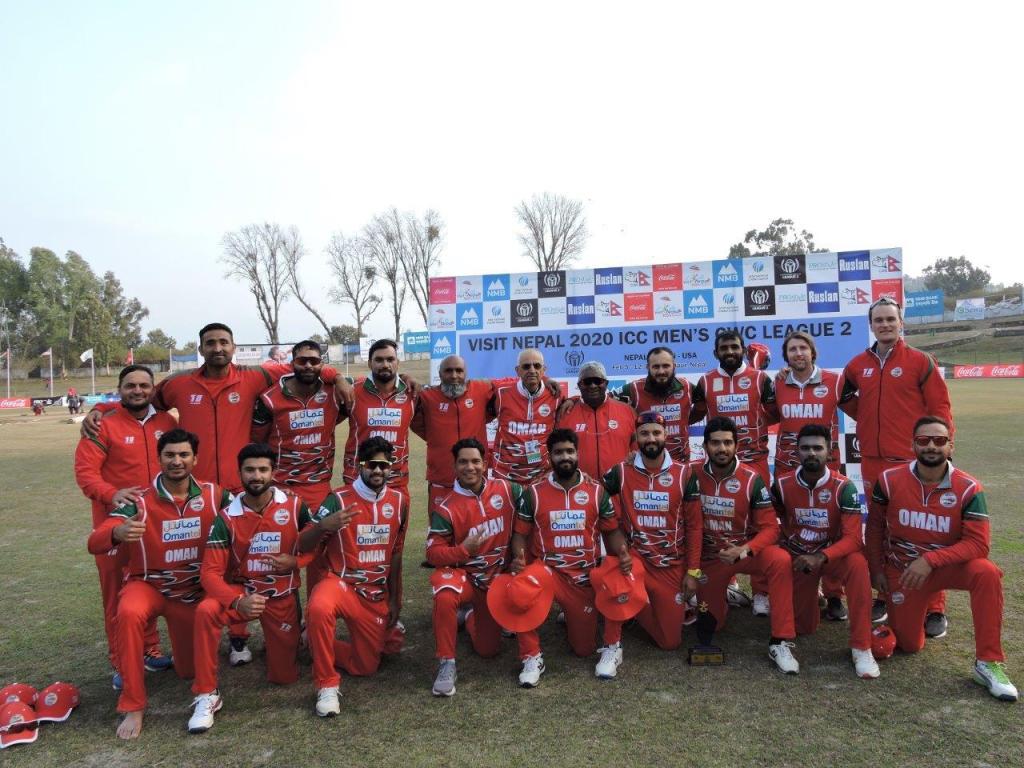 The Sultanate’s Red Brigade ended the series, which was part of the ICC Cricket World Cup League 2, with four wins out of four and now heads the seven-nation competition table with 16 points from 10 games, followed by USA’s 12 from 11 and Scotland’s 9 from 8.

Commenting on Oman’s fourth successive win, Pankaj Khimji, Chef-de-Mission and the team’s mentor, said Oman needed points to boost its chances of winning the World Cup qualification race and it succeeded in its objective.

“Yet another fantastic win; just what the doctor ordered. Captain Zeeshan and vice-captain Aqib set shining examples of leadership from the front not only today but through the entire series. Outstanding performance by the team,” he added.